The project, which began 25 years ago, originally used the Sargassum and Macrocystis pyrifera algae to feed goats, sheep, and chickens experimentally.

Seaweed, a poorly-used and abundant food source in the Mexican state of Baja California Sur, has turned into a healthy alternative for humans and animals thanks to the efforts of researchers at the National Polytechnic Institute (IPN).

With a large number of minerals, carbohydrates, fiber, essential amino acids, Omega 3 and Omega 6, beta-carotene and vitamins, algae can be used in the preparation of pasta, cakes, and biscuits, among other products, according to researchers at the Interdisciplinary Center Institute of Marine Sciences (Cicimar).

“In Mexico, we have approximately 1,200 species of seaweed along the Mexican coast, but the peninsula of Baja California (northwest) is special because the abundance of algae is larger,” said in an interview with Agencia Efe Margarita Casas Valdez, member of the National System of Researchers.

“From the algae we get products of high commercial value, such as alginate and agar, a kind of gelatine used both in human food and to make pharmaceuticals, besides serving as food for cattle, laying hens and prawns,” he added.

The researcher noted that algae have “high nutritional value” and are cataloged as nutraceutical foods, ie “have a great nutritional contribution, but also benefit the health of consumers.”

Its benefits are to reduce the levels of lipids, cholesterol, and triglycerides in the blood, as well as abdominal fat. In addition, Omega 3 and Omega 6 help in the development of the brain.

For Tonatiuh Chávez, a doctor of marine science and a member of the project, versatility is a great differential.

“They are marine plants and, like terrestrials, there is a great variety of which we can feed ourselves. It’s easy to pick, wash and insert into different recipes, “he said, giving examples of sushi and broths. 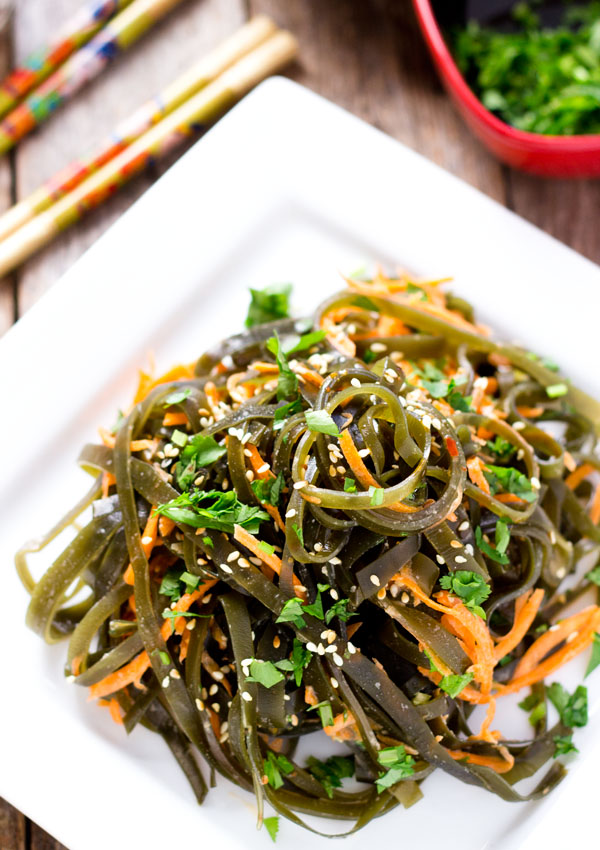 Valdez’s scientific team works at the Macroalgas Laboratory in the city of La Paz, capital of Baja California Sur, where they conduct tastings elaborated from the plant and in which are explained ways to use to activate the local economy.

The project, which began 25 years ago, originally used the Sargassum and Macrocystis pyrifera algae to feed goats, sheep, and chickens experimentally.

The researcher recalled that a campaign was conducted to inform livestock farmers in the region of the benefits of algae on the cattle diet, especially during the dry season.

“It has been scientifically proven that chickens fed on seaweed produced eggs with 26% less cholesterol and so did when they were incorporated into shrimp feed, reducing 27% of cholesterol in crustaceans,” he said.

Valdez commented that in Mexico currently there are only three species of algae for the production of fertilizers and additives for harvested food and there really is no consumption culture, as in countries of the Asian continent.

In that sense, he regretted that they are wasted “because Alva of the genus Ulva are found all over Mexico and their nutritional contribution is enormous”.