Electric stimulation has restored the ability to walk to three adult males who suffered spinal cord injury, according to the scientific journal Nature.

Neuroscientist Grégoire Courtine of the Swiss Federal Polytechnic in Lausanne (EPFL) in Switzerland led this clinical study, which was performed with eight patients with spinal cord injuries for more than four years and partial or complete paralysis of the lower limbs.

Test takers used a device that consisted of the implantation of a stimulator in the abdomen that connected with an electrode field located in the lumbar region, the area in which the cells that control the leg muscles are located.

According to the magazine, after the implant was made a map of each patient to know where and how to apply the stimuli, generated in real time.

The device simulates the extension and flexion of the human legs when walking and causes the neurons to return to activity.

A few days after the start of treatment, the patients went from stepping on a treadmill to adjusting the elevation of their steps and the length of the step. 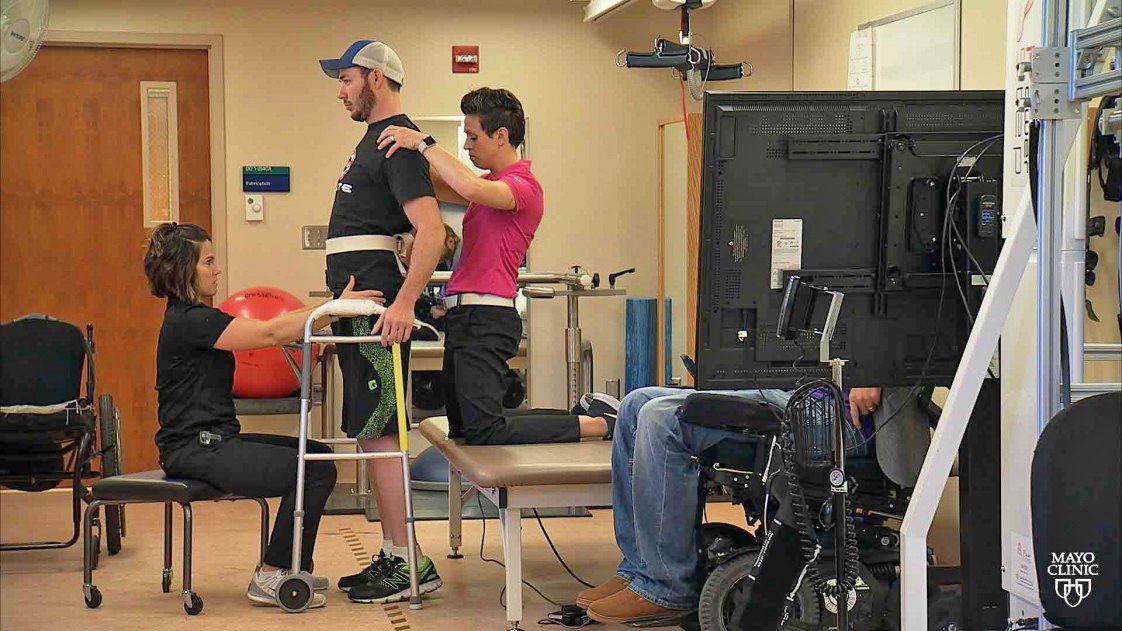 After rehabilitation, patients were able to walk with partial support or with a walker, as well as with the aid of the epidural electrical stimulation device, but were finally able to recover voluntary movements in the legs without this support.

According to Nature, the results represent “a technological milestone to improve neurological recovery after spinal cord injury.”

These lesions interrupt communication within the nervous system, which leads to loss of essential neurological functions and paralysis.