Now yes, Emilia Clarke and Daenerys Targaryen have become almost the same person. The British actress has dyed her hair blonde since until now she had worn a wig.

Emilia Clarke has made a radical change in her image and has decided to become Daenerys Targaryen, her character in the hit series of Game of Thrones, in real life. For this, she has a new look since she is in platinum blonde. The actress wants to say goodbye to the character with her natural hair since previously we have always seen her wearing a wig. How do you like your change? Now it is clear that it is the authentic Khaleesi.

Emilia Clarke has a new look Overnight, Emilia Clarke and Daenerys Targaryen have become almost the same person. The actress has a natural dark brown tone, and seeing her with hair so different from Khaleesi is almost unrecognizable, so she has decided to dye it for her eighth and final season in Game of Thrones.

British actress Emilia Clarke has broadcast a photograph through her Instagram account in which she appears with the shortest hair, still wet and dyed platinum blond. This radical change of ‘look’ is the work of hairdressers responsible for the series, so we know how it will look in the next chapters. The filming of the eighth season of ‘Game of Thrones’ will start next October and for now, we have seen all the characters posing for Times in a very funny way. 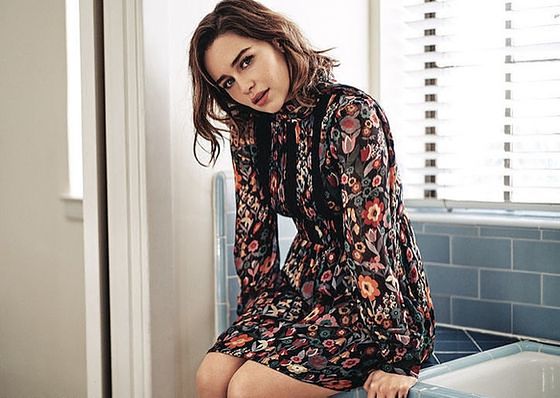 “I did it. The Mother of Dragons knows Emilia. Emilia meets the Mother of Dragons. Greet everyone to the magnificent @kevalexanderhair and @ candicebanks74, the creators of “LA PELUCA DE KHALEESI” (and let’s not forget all the hair of these 8 years in Game of Thrones) to finally make this magical moment come true “, he wrote in the IG publication where it has more than 10 million followers .

In this way, the actress says goodbye to the character with her natural hair. In the past seasons, we have seen her wearing a wig. Now, Emilia Clarke will be easily identified as Daenerys Targaryen with her new hair color. We will see if your new image can be part of the list of best looks.